We take pride in our work. All of our upholstery and finishing is guaranteed for one year, our glue joints for five. 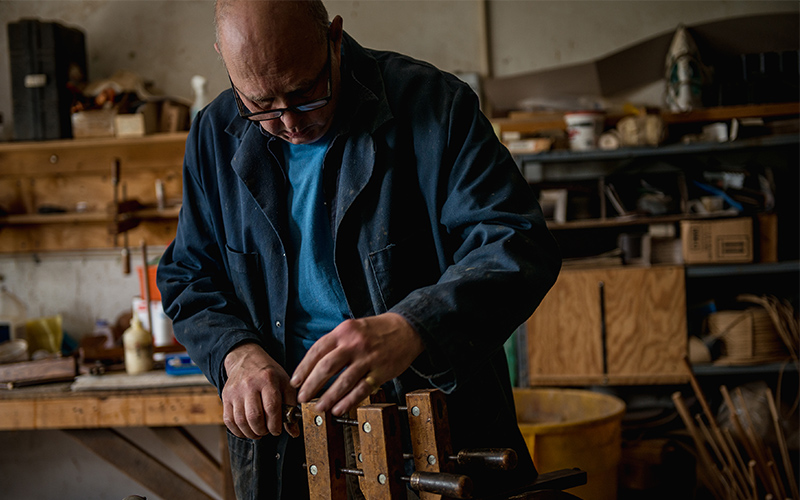 We understand that every piece of furniture has a unique story, and we love hearing those stories. We want to preserve your tale. When accidental damage occurs or a piece of furniture no longer has its original luster, Grimes Interiors brings those rich stories back to life through restoration. 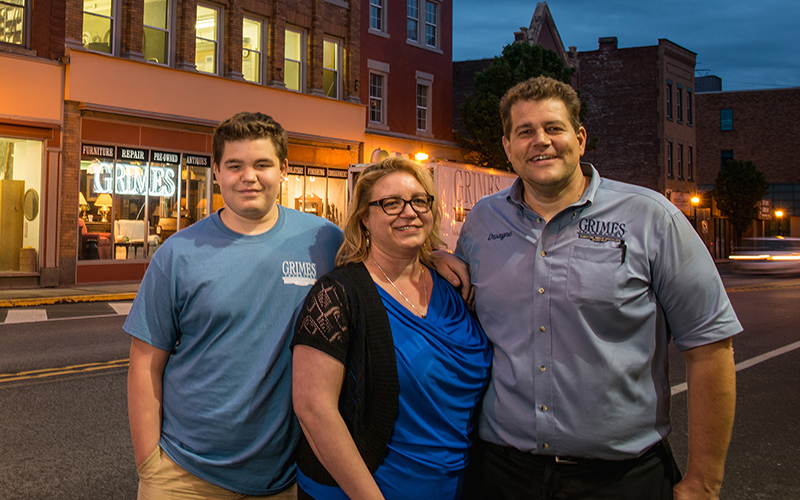 Our own story begins in 1907 in Carnegie, PA, with Irish immigrant William F. Grimes, Sr., who had a strong work ethic and an eye for high-quality pieces of furniture. In fact, Grimes Furniture Co. delivered furniture in a horse and buggy.

The honesty and integrity of William F. Grimes and Grimes Furniture Co. continues today, four generations later, as Grimes Interiors. Fine craftsmanship continues to be our priority as we restore furniture throughout Western Pennsylvania, Ohio, and West Virginia.

Grimes Interiors is located in McKees Rocks, PA, just minutes from Downtown Pittsburgh. It has a story as rich as the furniture we restore. Dwayne D. Grimes, fourth generation, apprenticed with his grandfather, William F. Grimes, Jr., his father, John P. Grimes, and his mother, Doreen (Hays) Grimes. Today, Dwayne D. Grimes and his wife, Tamara (Chaffee), continue the business with a heart as large as their knowledge base. Customers across the Pittsburgh area rely on their quality craftsmanship.

1965 – Grimes Interiors enters its third generation as John P. Grimes, after serving in the Navy, joins with his father in Crafton-Ingram Shopping Center.

2004 – Dwayne and Tamara continue the business.

2011 – Grimes Interiors takes on one of its most notable projects to date: the restoration of the Pittsburgh City Council Chambers.